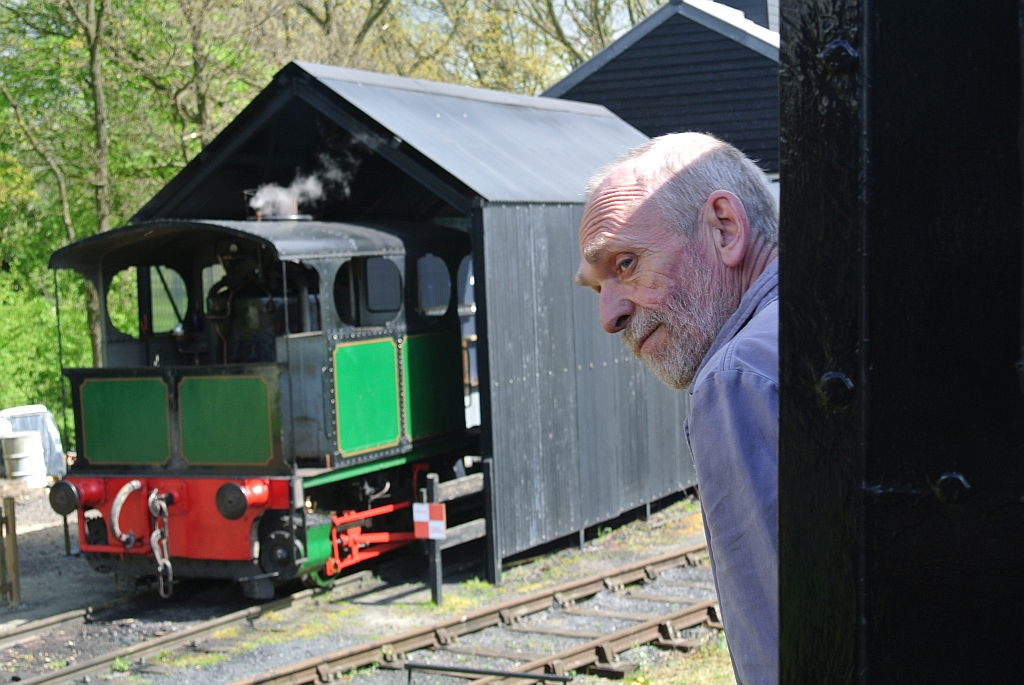 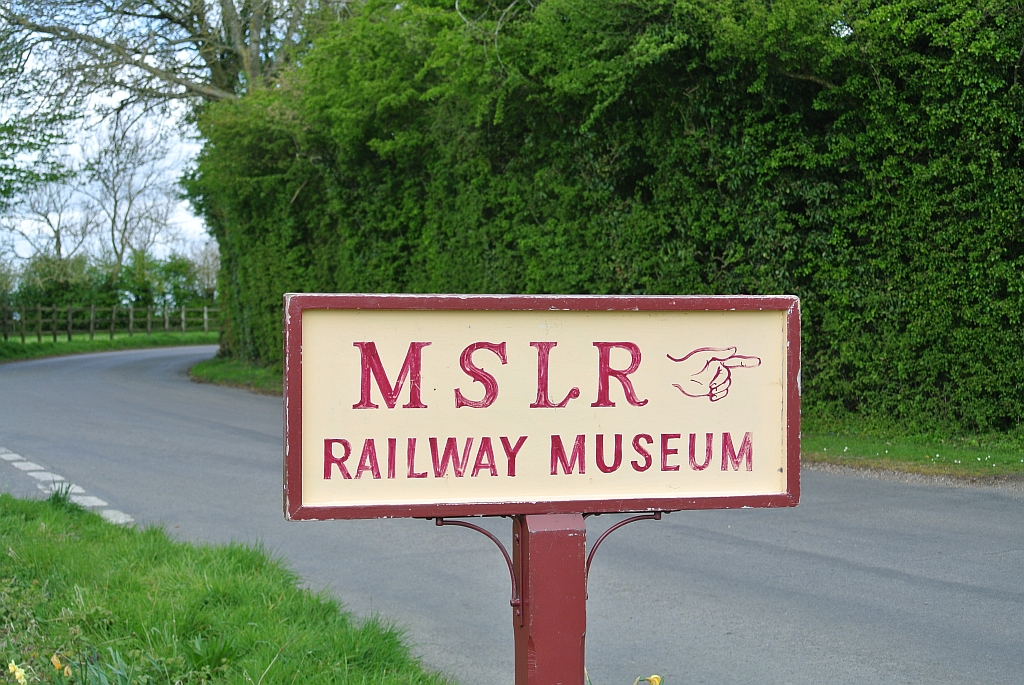 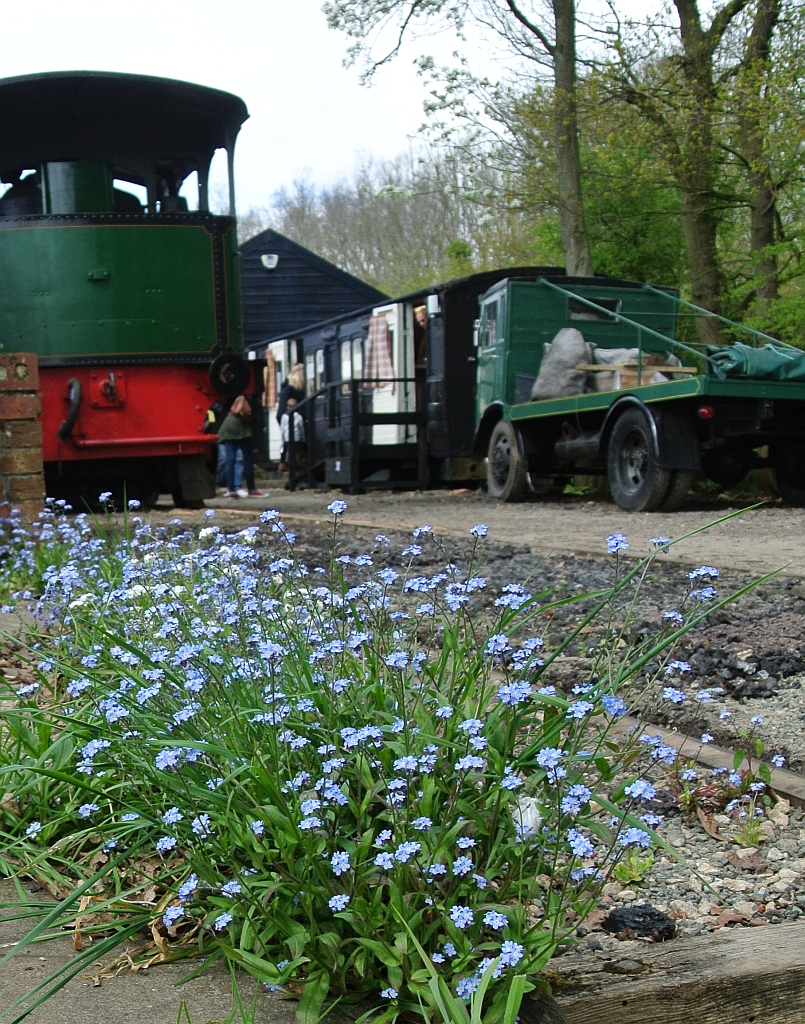 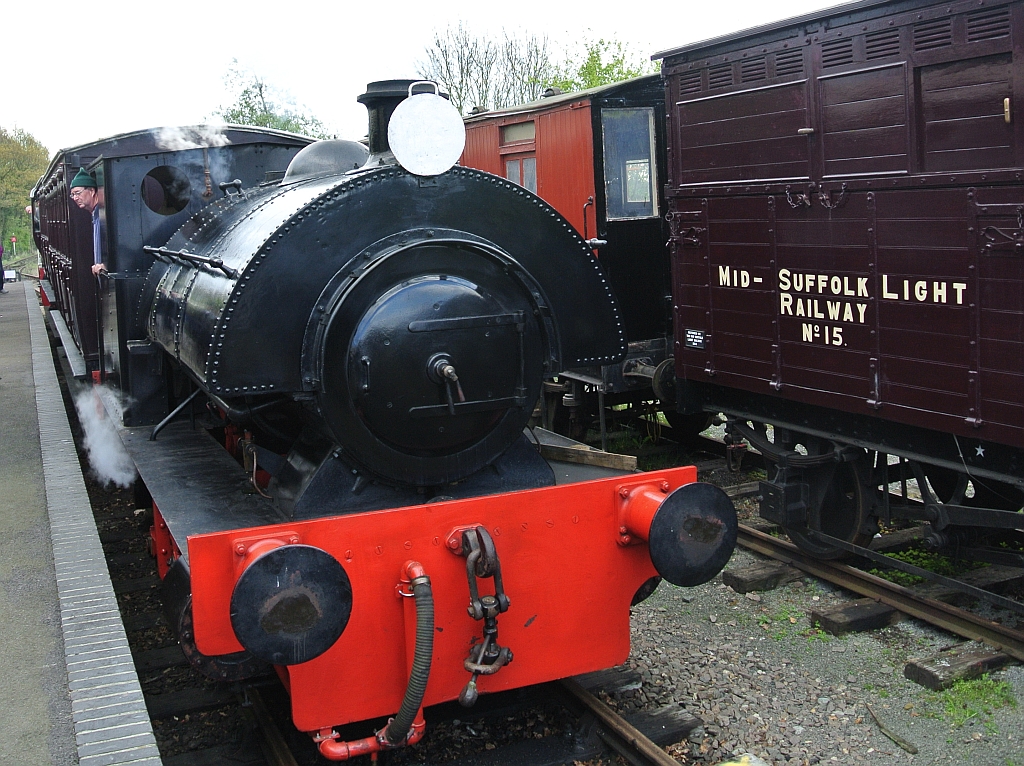 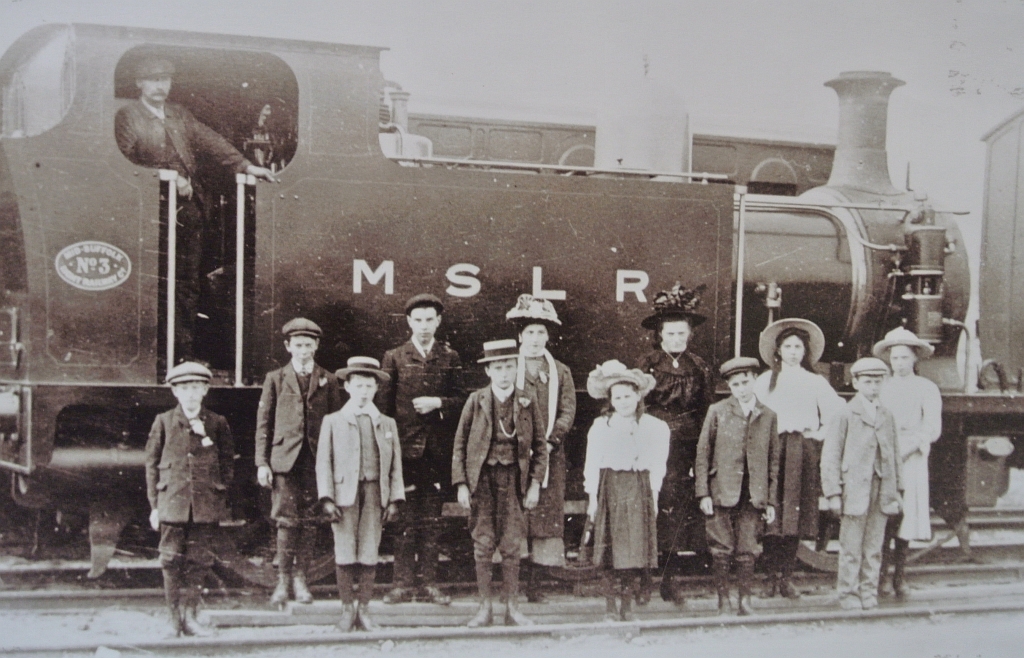 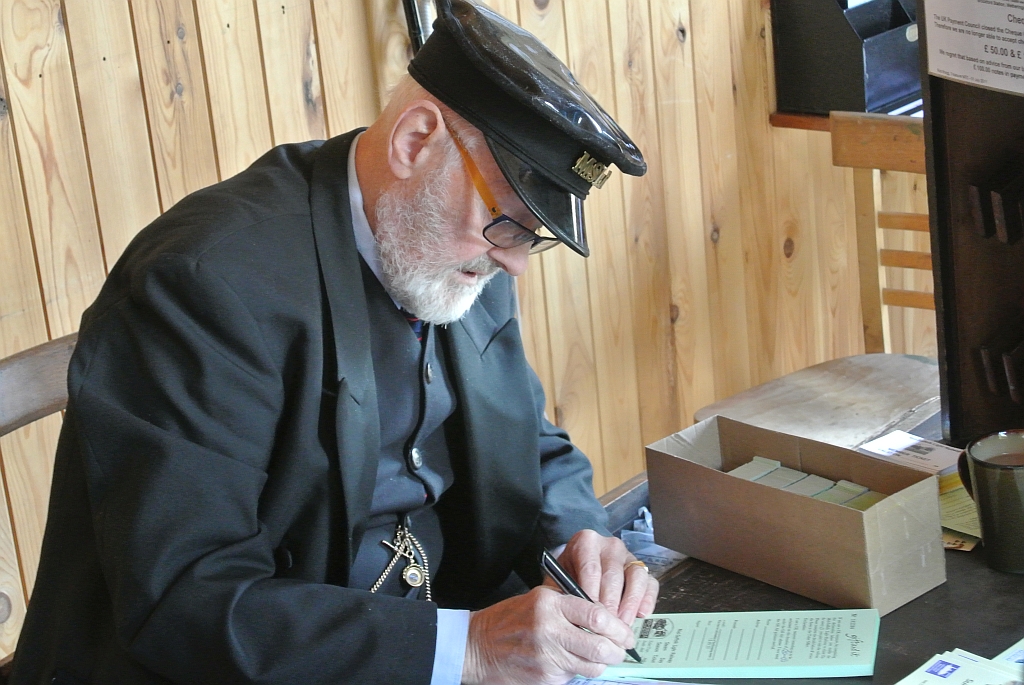 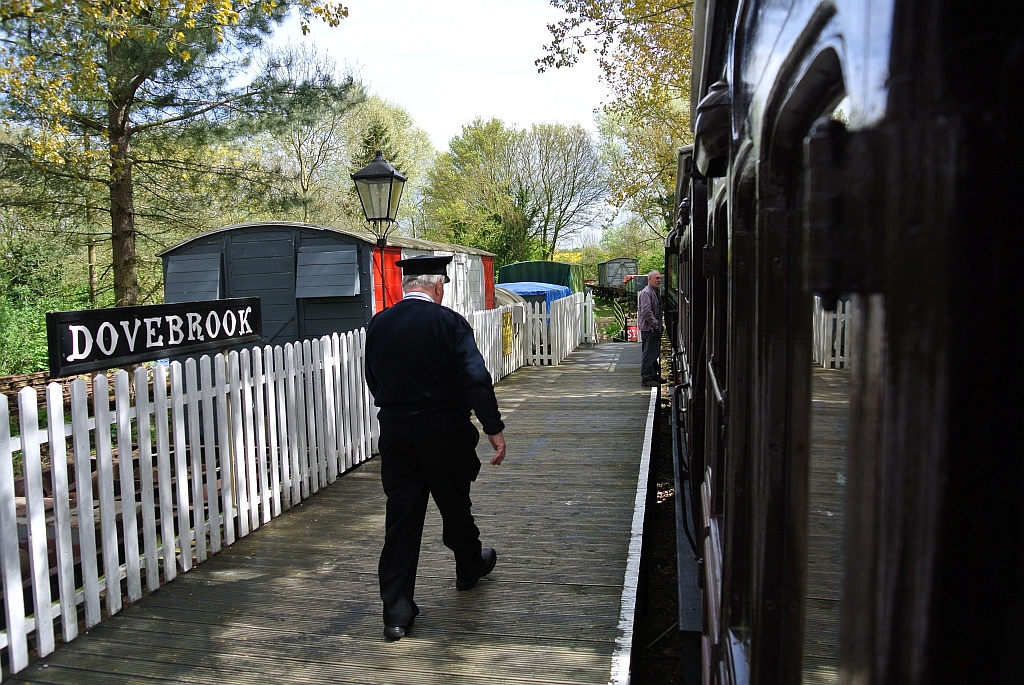 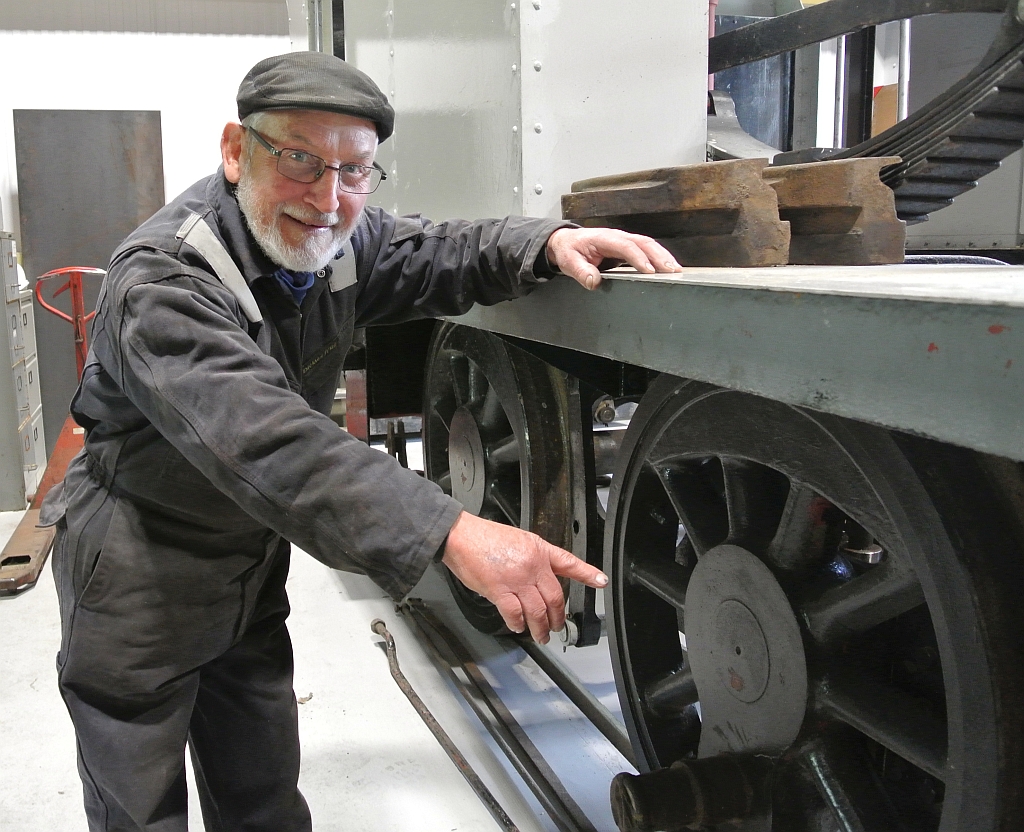 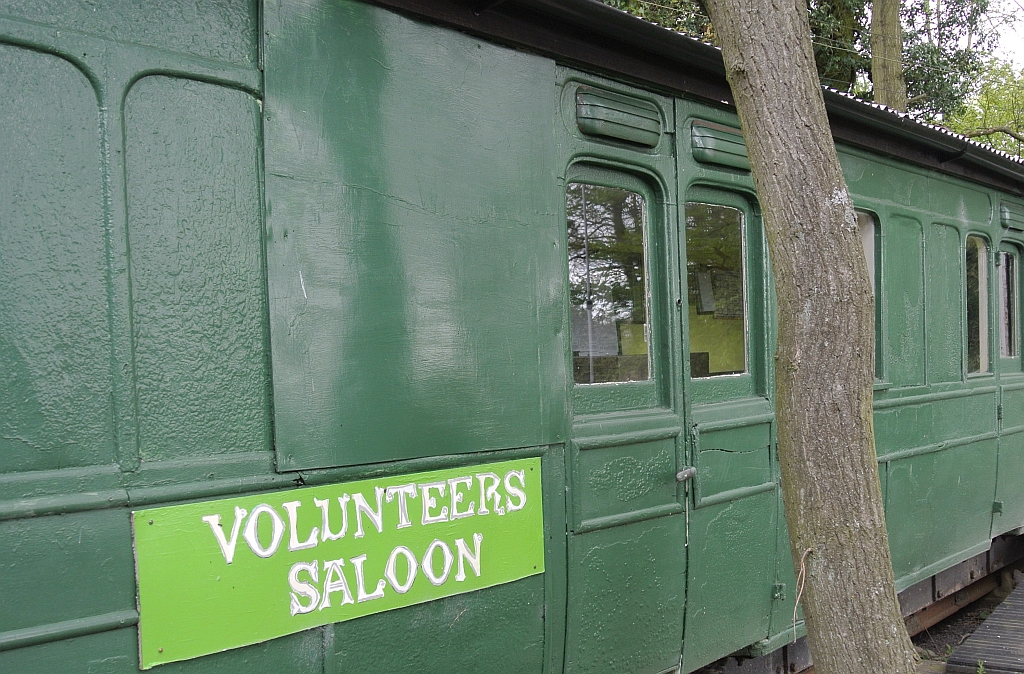 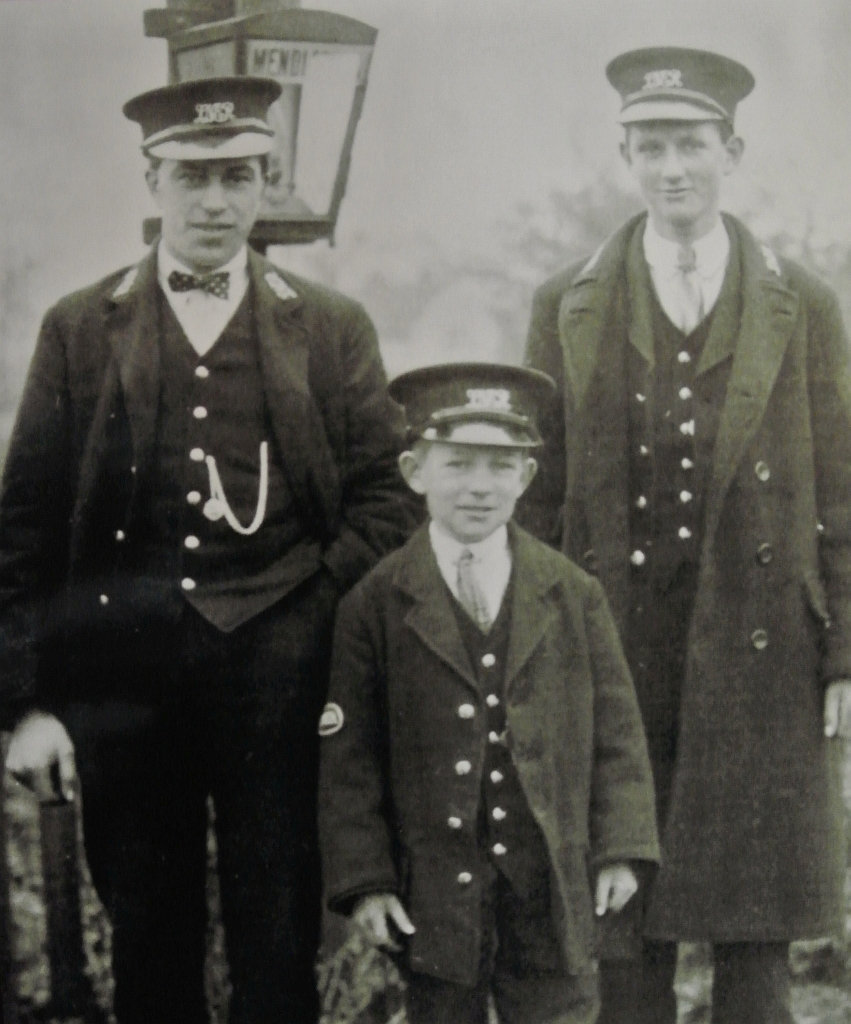 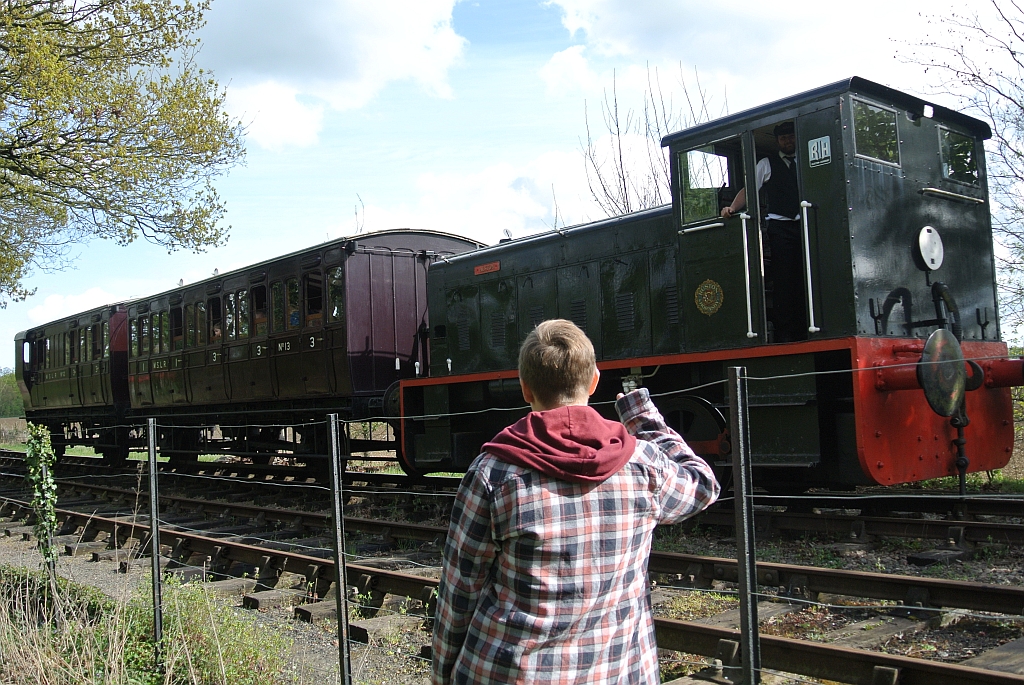 Remembering an all-too-brief encounter with the wonderful volunteers at the Mid Suffolk Light Railway, the rural Haughley to Laxfield line which never quite made it to Halesworth, but has since found a place in the hearts of so many.

At Xtrahead we find it really easy to get all steamed up East Anglian heritage – and there’s something about our historic railway lines brought back to life through freely given love and real dedication which is particularly inspiring. We just had to share our passion for the short-lived but much loved ‘Middy’ Line with readers of the Suffolk Magazine.

“Take a trip down the memory lanes of most rural Mid-Suffolk, between Mendlesham and Wetheringsett or Wilby and Laxfield and you could be on track for more than you bargained for. To the trained eye, there are still tiny traces of railway routes and crossing cottages, where glimpses of Suffolk’s rural industrial heritage have gone to grass or been brought back to ‘country’ life with a little help perhaps from Messers Farrow and Ball.

Around the beginning of the last century, farming communities and villages of all Suffolk shapes and sizes from Haughley in the west to Cratfield in the east were served by a very special light railway.

Today though, there’s so little left in the landscape to remember it by, even just sixty-five years after its closure. Or at least that’s how it seems, until you happen upon Brockford Station on a sunny Sunday and discover that the Mid-Suffolk Light Railway has not just been truly back on track for over a decade, but is most definitely at the heart of the community again and going full steam ahead for the future.“

From Floral Tributes to Footplates

“The borders full of fitting forget-me-nots and the roses once tended on Wilby Station, the tiny railway platform is brimful of bustling passengers. From eager enthusiasts to wide-eyed babes in arms, everyone waits patiently to board the beautifully restored carriages all linked up to ‘Bagnall’, the black and red saddle-tank engine. Mere seconds later it seems, the first and third class seats and guard’s van benches are full. Little noses press impatiently against the panes. And Station Master of the day, Alan Gardiner, stands poised with pocket-watch, ready to wave the off.

“In his flat cap, check shirt and dirty dungarees, you might expect young Zac, the fireman on the footplate, to be a bit hot under the neckerchief. He’s been in front of the blazing boiler box for hours, never mind the responsibility of keeping up Bagnall’s all-important head of steam. Instead the student who’ll be back at college in the morning is all smiles, smudges and wide-eyes too. “It’s just great to be here, “he grins. “And it’s a fabulous feeling to be part of it all. I get here when I can now, but everyone’s welcoming and all the visitors are so interested,” he enthuses. From the look on his beaming face, cloud nine and a great puff of steam are one and the same thing around here.

Back to the future

“A signal from the engine driver. A confirmation from the guard. And Bagnall pushes gently off down the track, taking his passengers back in time along the ‘Middy’. Just a quarter of a mile along the line, past the tank garden and trees full of early summer blossom, near the fields, bright with golden crops, all trains stop to return from Dovebrook halt. It might be a far cry from the nineteen mile course of the original railway, but the feeling, the sound, the smells, the occasional jolt and judder are all of this place and true to the life of the Mid Suffolk Light Railway one hundred years ago. It’s undoubtedly a moving experience on several levels.

“But what’s even more amazing is that everything at the Mid-Suffolk Light Railway Museum today, from the engines and rolling stock to the static carriages, crossing gates, sheds, exhibits, artefacts and even the track and Brockford Station itself have come out of nowhere. Well, perhaps to be more precise out of the back gardens and farmyards of Suffolk and beyond, from sheds and attics or off local mantle-pieces.

“Since the museum opened as a static site hardly two decades ago, items have been gathered; track laid; engines and rolling stock discovered, restored, borrowed and operated all by volunteer hands. With the original railway totally dismantled and its assets sold off by British Railways in 1952, there was nothing concrete to go back to. A small group of locals, enthusiastically supported by Mid-Suffolk landowner, Tony Alston, were however all fired up about the Middy’s story and vowed to share it with the future generations of a community to whom it had once meant so much.

A remarkable set of movers & shakers

“It’s wonderful how three out of the four original founders, Paul Davey, David Chappell and Bob Boardman are still very much involved here as volunteers,” smiles John Reeve who wears a green anorak with pride, admits to having a real history of trainspotting and aspiring to be an engine driver, despite an smart advertising career in the City. “The fourth founder, Richard Randall, moved away,” he muses, “but we keep in touch of course. There are about eighty volunteers here in total led by Chairman, John Stark, and his team – ironically that’s 25% more staff than the original Middy Line had altogether! At least twenty of those will turn up every week. “

The Museum’s volunteer Wednesdays and Saturdays see a grand posse of local ladies and gents and less local characters like ‘Geordie’ John Holmes, the ex-washing machine engineer who just can’t resist getting his hands dirty. “Rumour has it, he’d spend every waking (and sleeping) hour on site given half a chance,” confides John Reeve. But then, much to the jealousy of his colleagues perhaps, he can live the Middy connection 24/7: his Laxfield house was once home to the community-spirited Railway Superintendent, Harold Gillingswater – the man who strove to keep the Middy dream going to serve Mid-Suffolk’s farmers, shops and people when, arriving late on the railway scene, the new line hit with immediate financial difficulties.

Joking aside though, it’s the dedication of the many Johns of the Middy world and oodles of eminent others which makes this all possible. The volunteers have their own green carriage ‘Saloon’ and on public days, there’s the café and Kitchener Arms pub, a facility also opened up as a community pub at times. From a carriage full of moving model railway displays to station porters’ jackets and Edwardian clothes especially made for the little ones to dress up in, from exhibitions of old photographs and memorabilia to reconstructed parcel offices, the ever-enterprising volunteers seem to have thought of everything to bring precious memories of bygone Middy times back to life. No wonder that it has a Heritage Railways Association interpretation award to its name and won the prestigious ‘Suffolk Museum of the Year’ title in 2015.

Showing all the right signals

But there’s no resting on laurels or anything else for that matter at the Mid-Suffolk Light Railway. In the super-smart, new Heritage Lottery funded engine restoration shed, retired marine engineer, Paul Ebbs, is far from a fish out of water. He comes over from Woolpit to set to and share his expertise and is in the driving seat of the ambitious long-term loco project, the restoration of No.1604.

“It’s from Hudswell, Clarke of Leeds who built the original MSLR engines,” explains Paul proudly. “We had it sitting around in the yard for several years, but now we’ve been able to really get on and do something about it. It’ll be a long haul, though we should have the rolling chassis sorted by the of the year.” Amidst the boiler bits, bolts, pistons and panels carefully catalogued around the shed, he goes on to talk of digital cameras as invaluable bits of kit in the process of dismantling and reassembling complicated components. They might be restoring Suffolk’s fragile past at the Middy Line, but the tools of the trade are certainly moving with the times and the focus is most certainly on the future.

And that includes youngsters like Ross from Stowmarket. In the corner of the great shed, Paul’s got him doing a spot of filing. No paperwork here though, it’s all hands-on stuff – time spent gently acquiring new skills, taking the edge off what might otherwise be just another Sunday. Moments later though, he’s called away to mind the 1906 Belgian tram that’s parked up patiently and catching the eye of passers-by in the siding. Sitting on the footplate, all youthful shyness seems to evaporate with the engine’s curl of steam and he’s happily chatting away, well-deserved cuppa in hand, explaining to folk the basics of the tram and proudly sharing the news that he’s also learning to fire up an engine. No wonder Ross gives up his free time most weekends to be here. There’s a real sense of ownership, purpose and being a valued member of the Middy family.

So what’s down the line for the Mid Suffolk Light Railway Museum? It has come so far in its short history. “We’re delighted to have permission to extend the track now,” enthuses Museum Chairman, John Stark. “Not only can we double the length, but the preserved railway will have a real destination – Aspall Halt. We’ve got some track and sleepers already and an initial grant, but there’s a sizable sum – £120,000 – to raise.” There’s a long way to go. But somehow, you just know that the determined team will work together and engage with the community to get there. That’s the ever-lasting legacy and spirit of the Middy Line.

A railway for Mid-Suffolk only became a reality after the 1896 Light Railways Act led to reduced costs and processes – long after the great era of Victorian railways. Started in 1902, a shorter than planned line from Haughley to Laxfield (originally destined for Halesworth) was opened for goods traffic in 1904.

The set-up company included locals such as the MP for Eye, the Earl of Stradbroke, JD Cobbold of Ipswich and JB Chevallier of Aspall Hall, but money soon ran out and 1907 saw the appointment of a receiver. It strove stubbornly onwards, starting passenger services the following year. In 1924 its debts were written off as it was absorbed by the London & North Eastern Railway and in 1948 became part of British Railways. It closed in 1952, after a couple of final years as a goods-only line, trying to hold its own against ever-more competitive road transportation.